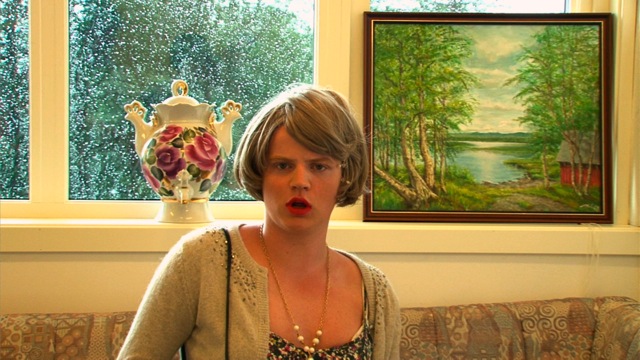 I travelled up to Pasvik on the Norwegian/Russian border this summmer for Hålogaland Amatørteaterselskap´s (HATS) annual summer camp to make a webvideo about the week for them to market their youth drama courses.

The students were in on the scripting and sound recording and I have now cut  2 versions including a 14 minute mini doc which we are sending to festivals;

“In far north-eastern Norway, at Pasvik Følgehøskole on the Norwegian/Russian border, youths from northern Norway and Russia meet for an annual theatre camp. In the wake of Pussy Riot and Russia´s recent antigay bill, the theme this year is justice. They explore cross dressing and each have to invent their own character of the opposite sex. Without a common language, communication is difficult, helped only by the participatory  environment of amateur theatre and a participants sister roped in as translator. This short documentary focuses on their struggles and feelings about being the opposite sex for a week and their expectations and presumptions with meeting their neighbours across the border.”