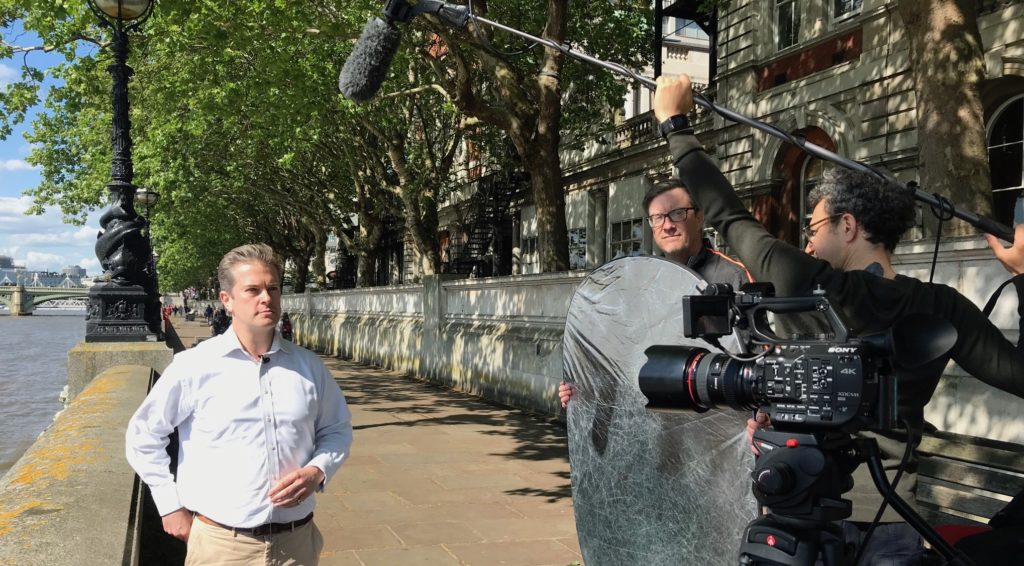 Founders of Onward Productions, Clive Ardagh and Adam Coffman met when they were at film school together in Newcastle, in the 1990’s. While their lives were to move in different directions over the next few years, with both of them going on to enjoy  film careers abroad, they remained great friends throughout. So when they both ended up back in London at the same time, they decided to create a new film company together, and the rest, as they say, is history. Today, things couldn’t be going better for the pair with clients including corporate organisations, charities and artists.

Clive has been involved in crafting a wide variety of video material, ranging from documentaries, social projects and event filming to art videos, promos for charities and film work for corporate clients. As well as his BA in Film Production, he also has an MSc in Holistic Science, specialising in sustainability and ecology, so he has a particular interest in environmental issues – and has made several videos for companies about social responsibility. However, he is more than happy to turn his hand to any subject matter.

Adam has worked on documentaries for the BBC and Channel Four and has made films as far afield as Australia, Germany and Iceland. In tandem with this, he has also enjoyed a successful career in Parliament, where he currently heads up a cross-party committee that helps to shape cycling policy. He has a particular expertese and interest in the world of cycling and frequently helps the sector create video content.

For projects involving animation and the web we work with this long established company based in central London led by founder Neil Thompson. AV Studios’ friendly team of animators, illustrators, designers and developers are passionate about delivering high-quality digital content. They combine project management know-how and creative expertise to produce animations, games and websites for the charity, education and health sectors.

Professional video is the perfect medium to get behind the scenes of an organisation and reveal its unseen qualities.

We have produced numerous videos promoting organisations and individuals, engaging the viewer emotionally and factually. Our clients have included corporations, schools, small businesses, charities, national parks, artists and community groups. Working with a small production company, you benefit from a personal service through the entire video production process.  https://avstudios.com/about