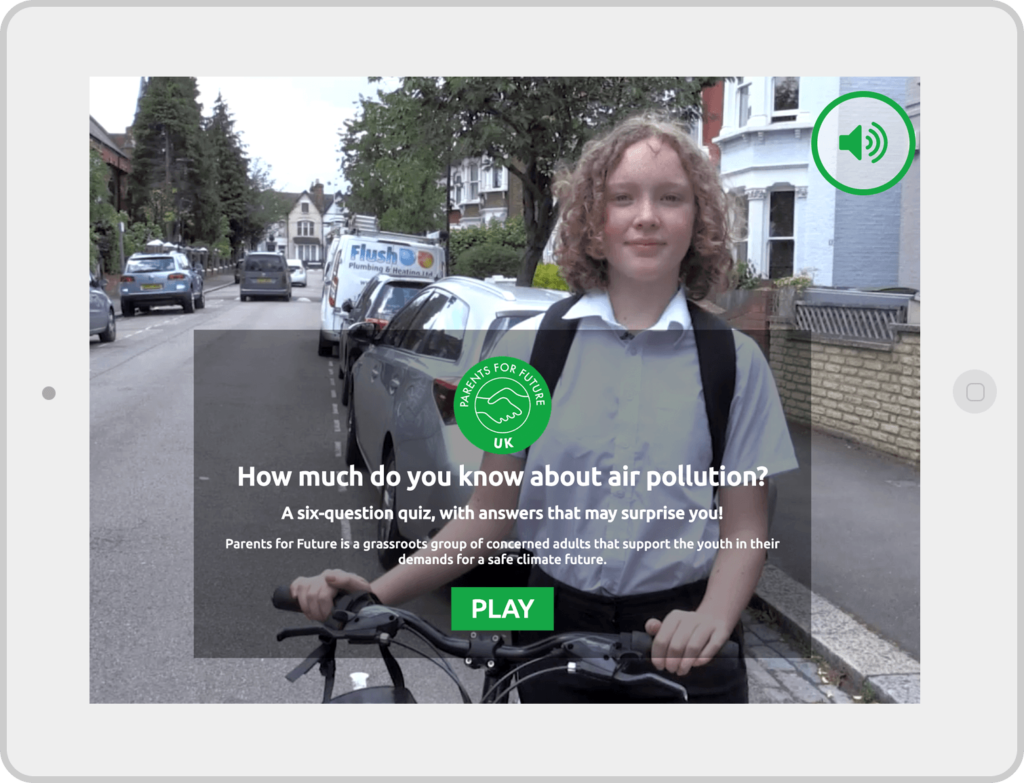 Climate Strike on a Bike

We made a film at a ‘Climate Strike on a Bike’ event in Central London to help Parents for Future promote the event. Parents for Future are a grassroots group of concerned parents that support the youth in their demands for a safe climate future. Alongside the film, we teamed up with our partners; Alternative View Studios, to create a game on air pollution and to promote walking and cycling to school. We think the combination of the film and game make a great way to promote a cause or campaign.

Play the game at https://makegames.online/parents-for-future/